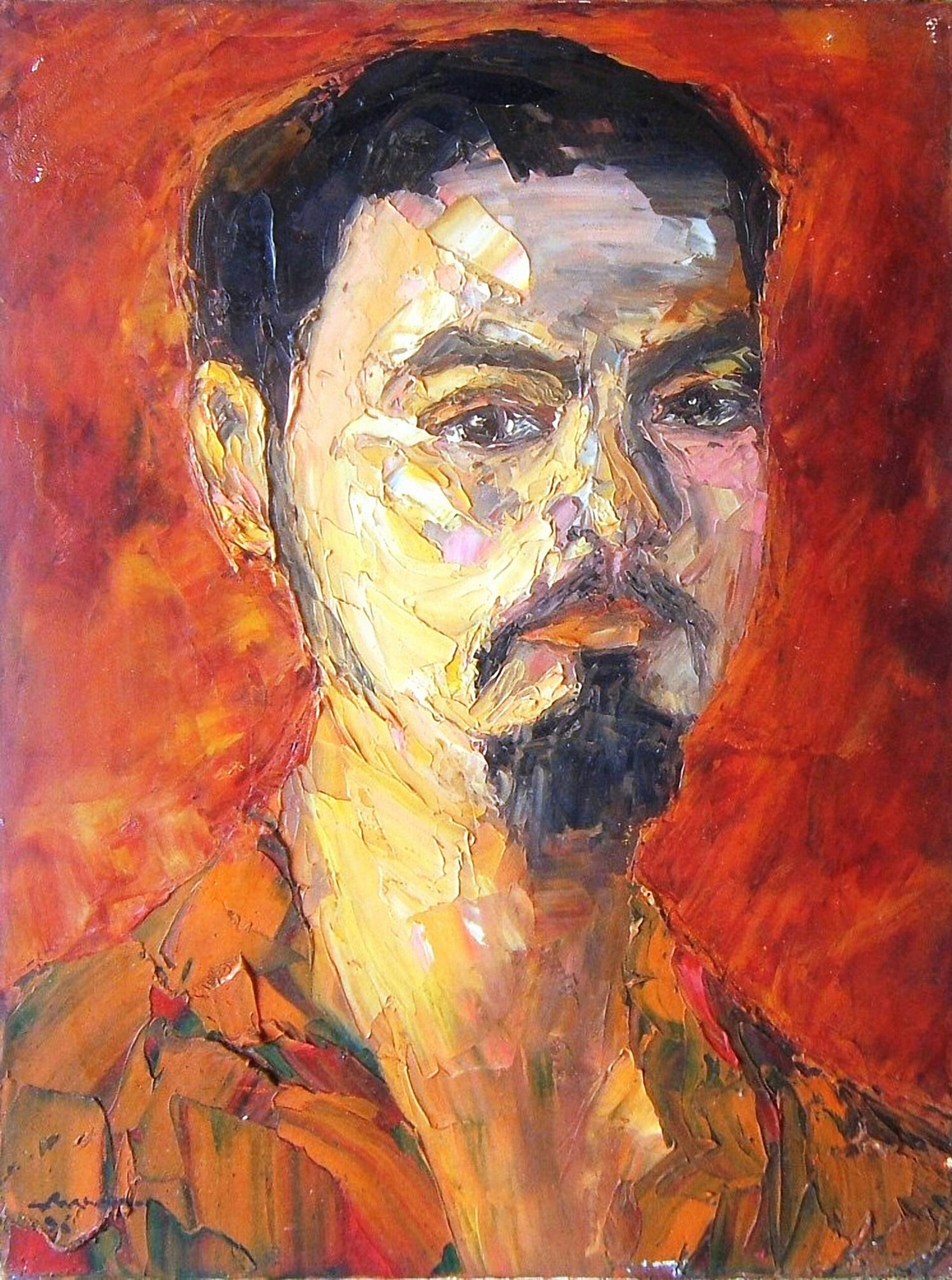 Thirty-nine small- and medium- sized portraits in various media- oil, pastel, charcoal, Chinesse ink- were featured in Tran Tuan’s latest solo exhibition. The portraits are of his loved ones- father, son, wife, brother, sister, his friends, as well as anonymous people whose expressive features and countenances captivate and impress him. Tran Tuan’s portraits are moments of life.

A versaltile artist, Tuan masters any materials and wields his brush with equal ease in both figurative and non- figurative painting. He switches from romantic landscapes to a metaphysical mood with a multilayered brush technique not divested of surrealistic elements. It is in portrait painting, however, that his is most in his element. As someone who professes to be an introvert, a portrait is not just a likeness and a portraitist should be a sagacious physiognomist who can read what lies under the features of the model.

Tuan says, “An ideal portrait, to my mind, is one in which the artist reaches communion and empathy with the model to such a degree as to capture flashes of the latter’s crucial psychological moments which give glimpse of his or her condition as a human”.

Indeed, empathy abounds in his portraits. The spectrum of fellings displayed stretches to an unusual amplitude ranging from tenderness to warmth, from panting excitement to passionate fervor. His fiery self- portraits sometimes smack of candid narcissism, however.

Tuan’s portraits are really revealing of both his model’s and his own temperamental moods. It is this visionary quality of his that makes him one of the most remarkable portraitists of his generation.