Tran Tuan’s luggage in a long–term path for creation 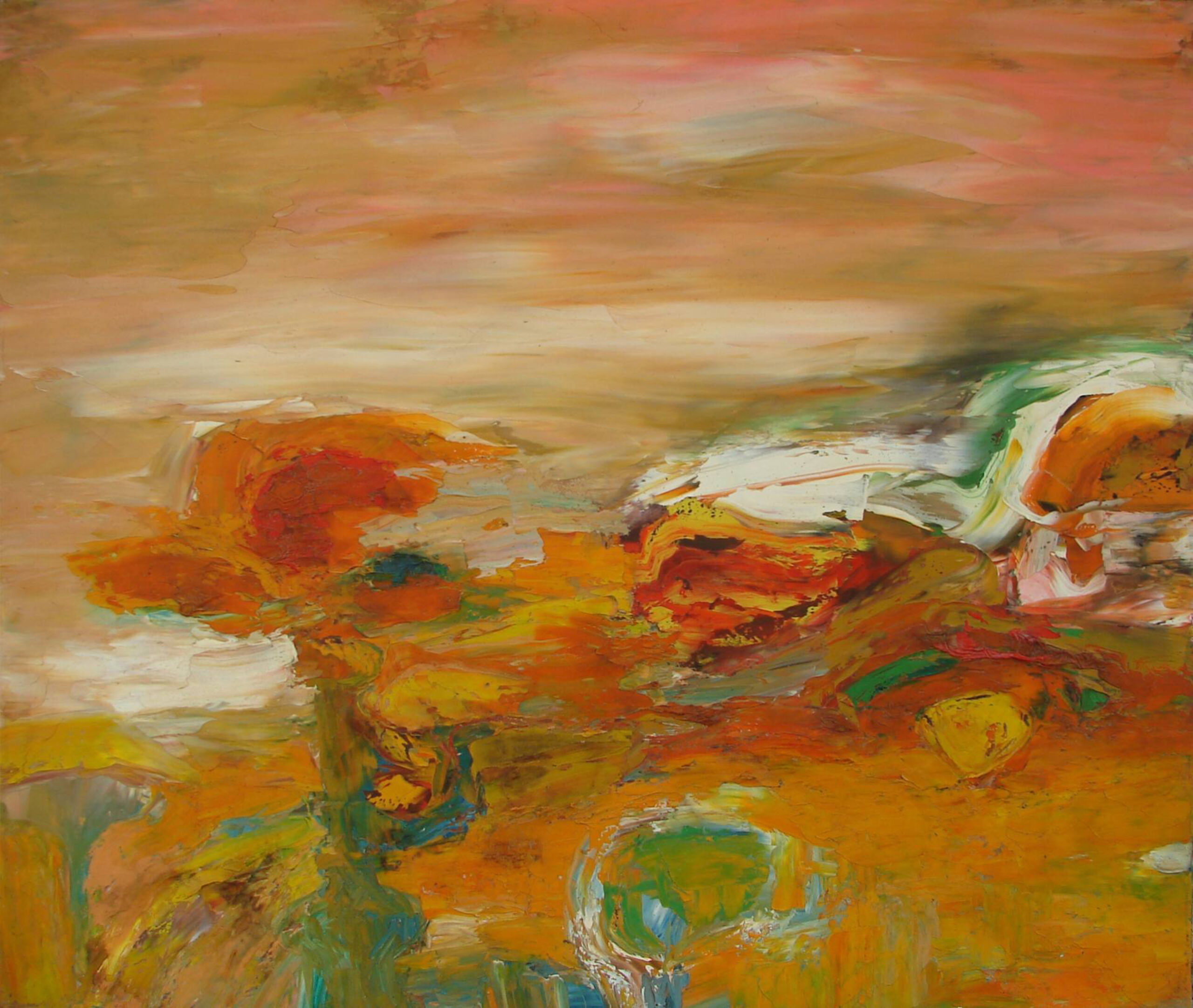 The creation of an artist is long process to find oneself. In the long path in seach for all these joys and sorrows, potential secrets have been explored and a pure essence is seen. Tran Tuan is now on this path, with a speceal strictness of his own.

It is really his language, in whatever from, is imbued with self control, self restraint even in his works that he has drawn with his free and strongest feeling.

There is always in his drawings some air of majesty, even in his works of small size. This majesty has been created with a monochromatic space even when it is enriched in a secret and delicate manner in the surface, which can be seen under and from the beneath of the oil. This majesty is also created with the simplicity of the subject together with the defference between the size of human beings, things and nature. This spirit is not far from the Oriental traditions. In the large vague and illusionary worls of Tran Tuan, ther are no sweet dreams but ones mixed with terror and regrets of something that has been lost. The terror of being swallowed by the desolate space still in scorching flames, as if it were a lamd in primitive age. This desolate but vilint atmosphere has made the small human beings and animas to simbolise the loneliness with all its poignant greves. Ther is in Tran Tuan paintings an original beauty, the beauty of the oil, of the “knives” that are expressed in sentiments and feelings when the trance is still operative. That is a beauty by itself, completely in contradiction to his set of painting in, say, 1995, with are so indefferent and to incur a merciless sense. We can see today another Tran Tuan who is passionate and lyric, a supernatural atmosphere, a secret- oriented inclination with twilight on the warm orange, red, brownish, reddish, yellowish background. We can also see the same feelings in lover or grieving songs. It is vey hard to forget a horse with his fire-scorching mane and his doubting eyes, that looks frightened and regretting something that has been lost; or a woman with her transparent body looking at an empty horizon, deep in thoughts, worrying much of her won unlucky destiny. With his simplicity in the design of forms sometimes to a maximum, not to add any decorative element, Tran Tuan has been able to create a strong and direct impression, not in a roundabout way but to go straight to his own inner world. He has chosen a bitter way to reach the Beauty.

It is really happy to be able to see the Beauty. And it is also great happiness to have a immense heart, a deep rooted feeling for the beautiful as luggage for a long term creative work. Best conglatulation to you.