A glimpse of sky 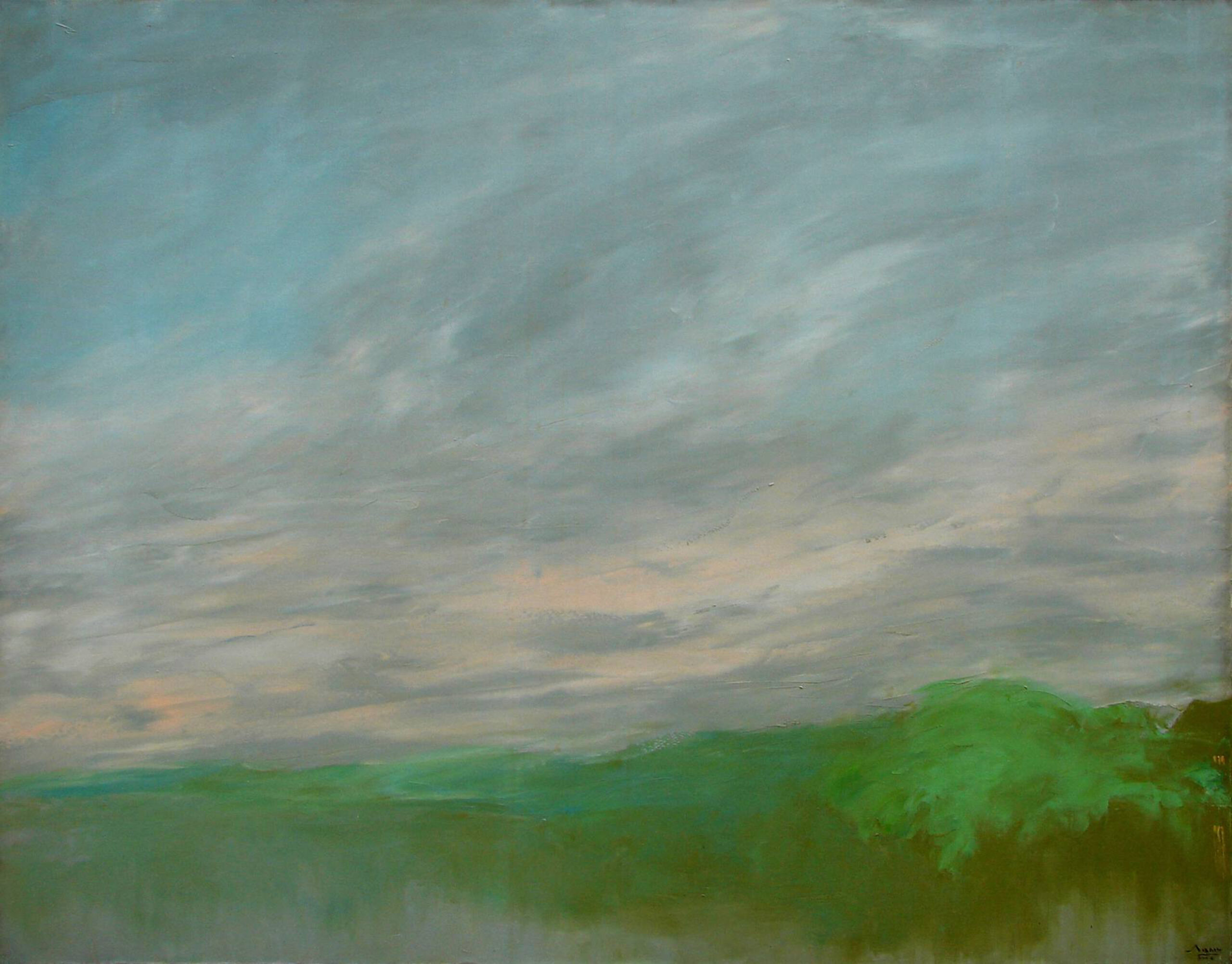 In the art, some ones need only a few years to get their successes, but some others tramp in many decades. The fast ones express their talent. The slow ones are deep and profoundness. Ly Truc Son said: “A painting can be painted fast or slowly. Painting fast requires fast skill, but its view is short. Painting slowly makes the long view. But the length of the thought, the fast of the painting mode or thinking deep – painting slowly, all of them maybe depend the artists’ art behaviors”.

Tran Tuan has high polished skills. He can ponder a painting in several months, several years, but he can also make a painting just in a few days. The artist is not a explode talent, when he was 15 years old, he perfected his basic skills, but nowadays, when he is 45, the artist is still getting forward constantly on his way. Painting reflects every part of the hard life, as the construction about the internal life, so a painting is at once something which expresses the present and hides the anxiousness of the pass.

When the friends had their career and finance in the jubilant art period after ”Doi moi”, the artist nearly had nothing. After graduating from high school, the artist got the high point in the university contest, but in the end he fell because of the History and Literature. At that time, I found they marked the Literature as marking the Mathematics, so I tell Tran Tuan about that. And the result was well-done, after that we became friend of each other. The artist was present at the Young Artist Exhibition of Vietnam I in 1984 with 2-metres-wide “The boy and the buffalo” painting, but it was weeded out. When painted that painting, because of the carrying, it spoiled the ceiling-fan which is a high value property of the family at that period. Many years ago, he still had a hard time until 1990. The portraits of relatives with the realistic style – which is at one young and severe, changed gradually to be kinky and bendy to evoke thoughts from faces which was rumpled by the life. The artist glided his trowel on the canvas fast and strongly, moved the colours to every part of the painting to make surface effects but skill kept the conformation and space feeling. The power of his skills was strong and rough. When he didn’t want to leave the conformation, the real was realistic with different impressions, different emotions about life. A wide glimpse of sky with nothingness soul, a far away strip of sand beside the river, a thin branch of tree in a poor suburban… Tran Tuan’s landscapes have something undecided and vaguely sad. He wants to sketch sceneries which are losing its beauty, which is getting uglier and uglier. The things maybe be spread or roll in to balls in the artist’s hand when he’s happy or when he’s sad. It is at once memory and present, at once nice and ugly, at once happy and sad, and also like nothing.

I don’t want to consider him where he is in the present art, like many others examined and wrote about themselves. Nowadays, the painting life is so hard, so hard to have repute. Painting which ought to be socialized, ought to be known – lacks viewers, lacks market, lacks the place to express itself, more over it was infringed by the Installations, Performance and Video Art and shrinks in the artist house and looks like the own game of them. I want to say: go, go away but can’t stop because there’s no target to get, but the artist always has a heart to heart friend – the painting.